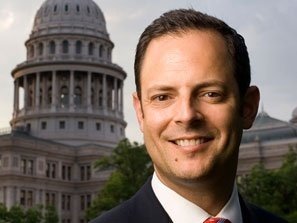 Dallas – After four consecutive legislative sessions of filing legislation that would allow children adopted by same-gender parents in Texas to have the names of both parents listed on their supplemental birth certificates, Rep. Rafael Anchia (D-Dallas) received an announcement from the Department of State Health Services (DSHS) yesterday that the policy will be changed. Here is the link to the actual policy language that was sent to Rep. Anchia’s office as it relates to supplemental birth certificates for adopted children: DSHS Revised Policies and Procedures.

Under the current law, adopted children of same-gender couples are denied accurate birth certificates, which can cause difficulty in obtaining a passport, Social Security cards, or registering for school.

“This is a historic day for Texas families, especially those formed by adoption. An adopted child needs to have a birth certificate that accurately reflects the child’s family,“ said Rep. Anchia. “For too long Texas laws have discriminated against children adopted by same-gender families, and I am pleased that DSHS has finally agreed to do the right thing and change this policy.”

State Senator Sylvia Garcia (D-Houston), who filed a companion bill to Rep. Anchia’s legislation during the 84th session, also responded to the announcement. “I am very pleased that adopted children and their parents will finally have access to an accurate birth certificate. I was honored to sponsor legislation this session that would have allowed Texas to proactively address this problem, rather than be forced to do the right thing by a court. Hopefully, a court order will not be required to cure discriminatory practices in the future.”

Z.A. Touchet is a rising sophomore at Greenhill High School. Z.A. had the opportunity to speak before the House State Affairs Committee during the 84th Session in favor of Rep. Anchia’s bill, HB 537, explaining how children of same sex parents were negatively affected by only being able to have one of those parents listed on their birth certificate.

In response to the news of the policy change, Z.A. remarked, “While I was hopeful that members of both the Democratic and Republican parties would have eventually passed a bill like HB 537, I’m just really happy that the DSHS is now going to issue me a birth certificate naming both my parents, even though they’re both women.”

Thank you for taking the time to visit our site.

Together our efforts will create lasting change for generations to come.

Please help support our work, every dollar counts during these critical moments for our community.